We were supposed to be best friends

But turned out to be worst enemies…

They say revenge is a dish best served cold.

I’d had four years to stew on what Daria Followhill did to me, and now my heart is completely iced.

I took her first kiss.

She took the only thing I loved.

The good thing about circumstances? They can change. Fast.

Her housemate. Her tormentor. The captain of the rival football team she hates so much.

There’s a price to pay for ruining the only good thing in my life, and she’s about to shell out some serious tears.

Daria Followhill thinks she is THE queen. I’m about to prove to her that she’s nothing but a spoiled princess.

Everyone loves a good-old, unapologetic punk.

But being a bitch? Oh, you get slammed for every snarky comment, cynical eye roll, and foot you put in your adversaries’ way.

The thing about stiletto heels is that they make a hell of a dent when you walk all over the people who try to hurt you.

In Penn Scully’s case, I pierced his heart until he bled out, then left it in a trash can on a bright summer day.

Four years ago, he asked me to save all of my firsts for him.

Now he lives across the hall, and there’s nothing I want more than to be his last everything.

His parting words when he gave me his heart were that nothing in this world is free.

Now? Now he is making me pay. 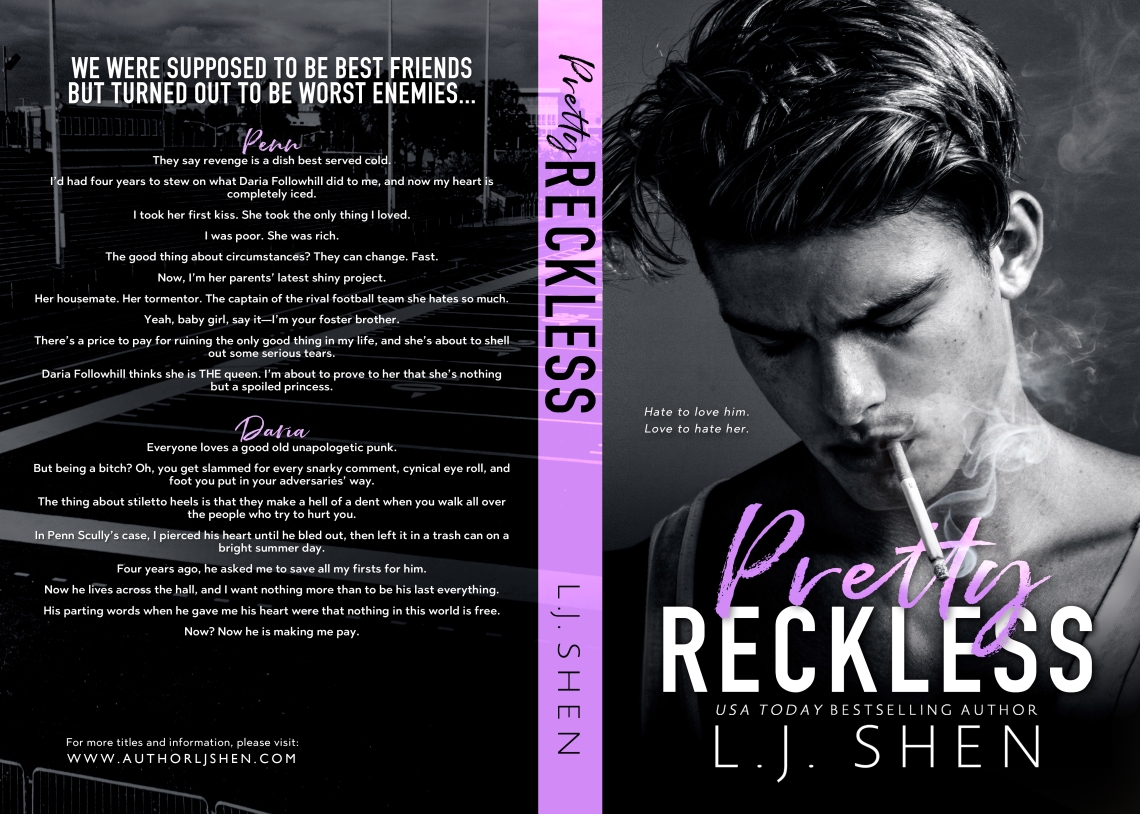